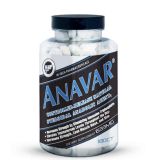 When looking at the direct functions and traits of Anavar®, the most important revolve around its ability to increase nitrogen retention in the muscle, decrease SHBG and inhibit glucocorticoid hormones. The increase in nitrogen retention will promote the anabolic atmosphere as reduced levels often lead to a catabolic state. The decrease in SHBG will yield a higher level of free testosterone in the body, not only providing more of an anabolic punch but promoting a free or unbound state of all circulating anabolic hormones. In a nutshell, this makes the steroids being used more effective. As for the inhibition of glucocorticoid hormones, these are muscle wasting hormones; cortisol being the most well-known. Such hormones promote fat gain, as well as destroy lean muscle tissue. Anavar® contains 4-Androstenolone is also called 4 androstene-3b-ol,17-one or 4-ANDRO by many in the bodybuilding community for short. 4-Androsterone products are great stackers, and can be stacked with almost any compound. Both experimental and anecdotal evidence supports 4-Androstenolone’s ability to raise testosterone levels and improve performance. Anavar® also incorporates 1-Androstenolone that has a unique structure which makes it favorable to many people who want to balance their hormones. This steroid hormone has a double bond at the 1st molecule, which many believe make it more resistant to metabolic clearing. This 1-ene structure also helps resist conversion to many hormones that are not considered optimal for men like estrogen and dihydrotestosterone metabolites. Thus with 1-Andro you get a prohormone that may enhance your androgen to estrogen ratio, without adding in additional metabolites that you may not want in your system. This prohormone is great for adding in a dry prohormone to a cycle or used alone to offset the environmental estrogens in your diet. Lastly, Anavar® uses Epiandrosterone, which is an endogenous steroid hormone found in Anavar® with an androgenic activity. Epiandrosterone and is produced in the body as a metabolite of testosterone. Epiandrosterone is legal because it has been found naturally occurring and is excreted in urine as a normal part of human metabolism. Epiandrosterone differs from testosterone in another way as well. Being a 5alpha-reduced androgen (a DHT derivative) it simply cannot aromatize to estrogens. This makes Epiandrosterone unique compared to other now banned prohormones — all of which can either aromatize directly, convert to a product that aromatizes, or both.

One thing that most people are not aware of is Anavar’s astonishing ability to stimulate creatine phosphate synthesis in the muscle cell. When this happens your body starts cranking out tons of ATP (adenosine tri-phosphate) the actual chemical you need for muscular energy and ATP is vital! And it’s most vital for a bodybuilder, because low ATP levels which always occur after a workout, dramatically limit protein synthesis. However, this rarely happened to anyone taking Anavar® because their muscle cells are cranking out so much creatine phosphate, and thus ATP! And this is a motivation reason chemists at Hi-Tech made Anavar® ,to stimulate creatine phosphate synthesis, not creatine monhydrate synthesis! Your next question is only logical… Then why do people still get significant results from creatine monohydrate? Simply because some of the creatine monohydrate does get converted by the body to Creatine Phosphate, also known as phosphocreatine (PCr), but not nearly as much as it should. Phosphocreatine (PCr), which is a phosphorylated creatine molecule that provides a reserve of chemical energy in the form of high-energy phosphate bonds that can be rapidly mobilized from PCr. Since creatine is the rate-limiting compound in the formation of PCr, a sufficient supply of creatine is crucial to maximize the work performance capability of the phosphagen system, which directly correlates to the ability to enhance muscle and strength. That is why many atletes stack Hi-Tech’s new Phosphagen® Creatine supplement with Anavar®. Anavar® ensures an uninterrupted supply of creatine to 1) enhance the anabolic effect of greater muscle cell volumization, including through increased protein synthesis, and 2) heighten and more rapidly mobilize concentrations of PCr muscle fuel to facilitate the rapid and sustained transfer of high-energy phosphate within the phosphagen system for ATP resynthesis. Thus, the bodybuilder who wisely chooses Anavar® will have the extra amount of muscle fuel available to complete the additional reps required to pull the trigger for muscles to grow. Anavar® has an approximate 8 hour half-life. Thus, a moderate dose taken in the morning is largely out of the system by night, yet supplies reasonable levels of androgen during the day and early evening. 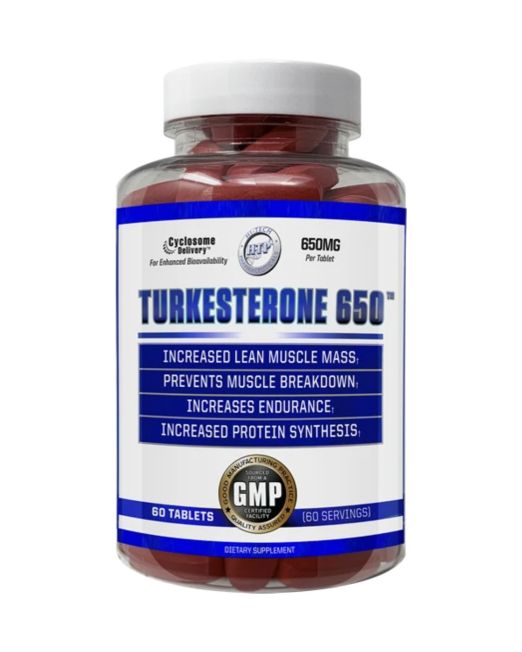 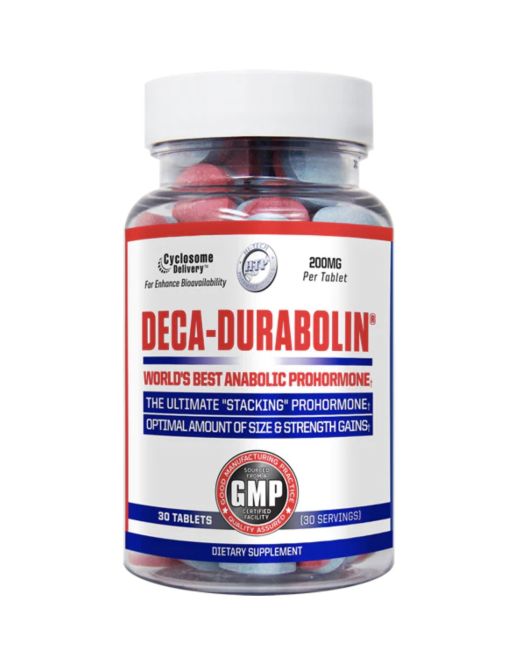 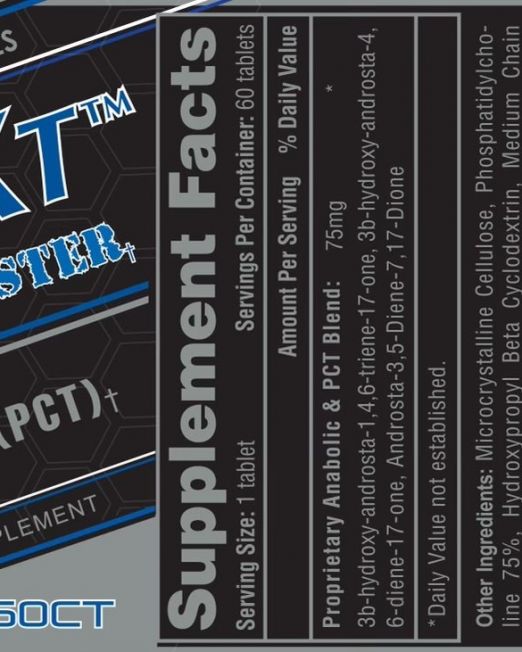